New York has the High Line - that stylish walkway along almost one-and-a-half miles of what was until the 1980s an elevated freight line. Well, that's nothing! North London has the Parkland Walk, another hugely imaginative repurposing of a disused rail line. And it's older, longer and altogether more luscious than its Transatlantic cousin.

The Walk, a nature reserve, stretches in two sections for a total of a little over four miles. The southern segment runs from twin tunnels (now a bat refuge) just south of Highgate station to Finsbury Park. The broad walk- and cycle-way is so overshadowed by trees and shrubs that it feels wonderfully secluded - then just occasionally the walk bursts forth into the light offering a tantalising peep south to the City skyscrapers.

Half-way along this stretch is the highlight: a ghost station, both platforms still in place - but with no trains, no tracks and no ticket office. This is - or was - Crouch End station, which sprang into life more than 150 years ago and passed into the afterlife of 'lost' stations a century or so later. It's now simply a forlorn relic of a lost era - the golden age when Crouch End commuters could travel easily by train into town! 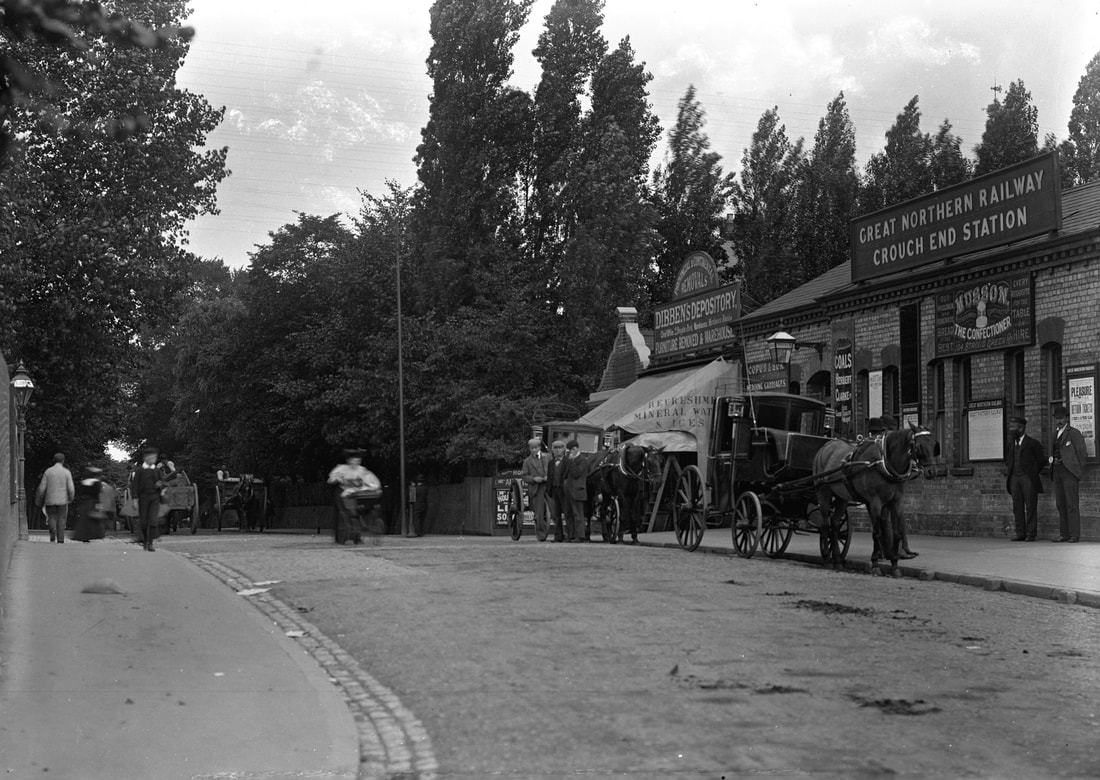 Courtesy of the Bishopsgate Institute
​The Great Northern Railway opened Crouch End station in August 1867 - providing an impetus for the building of smart villas in the area adjoining. It was on a short stretch of line from Finsbury Park to Highgate and, a little later, on to Alexandra Palace. Crouch Hill station nearby is of similar vintage but on a different line - it's still open as a stopping point for the service along the vital artery linking Gospel Oak and Barking.

The line never quite achieved its potential in terms of passenger numbers, and in the mid-1930s a plan was devised to incorporate the track and stations into London Underground's Northern Line. Work on electrification was started but then halted early in the Second World War and subsequently abandoned. A peak-hours-only service was maintained using locomotives and rolling stock almost as old as the stations - but that simply staved off the inevitable, and Crouch End and the handful of other stations on the line closed to passenger traffic in July 1954. 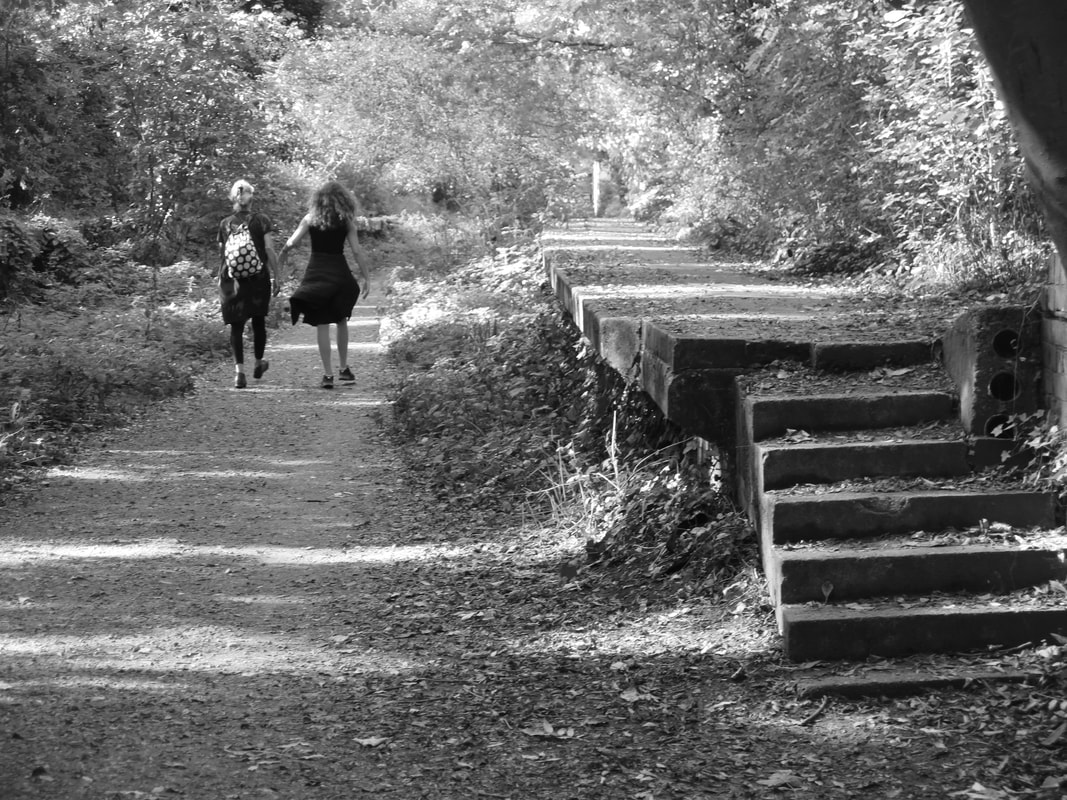 The line south from Highgate was used for freight traffic for a few more years and then for the occasional transfer of tube carriages. The last train of any sort to traverse through Crouch End station was in September 1970, and within eighteen months all the track had been removed. The station's mainly timber-built platform shelter had already gone; the street-level ticket office, directly over the tracks on the crest of Crouch End Hill, was demolished in 1977. But you can still gain entrance here to the Parkland Walk and the rebuilt bridge, with a curious upside-down arch design, offers a commanding view over the disused platforms. The only other remnant which survives, with bricked-up windows, is what appears to have been the gents' toilets.​ 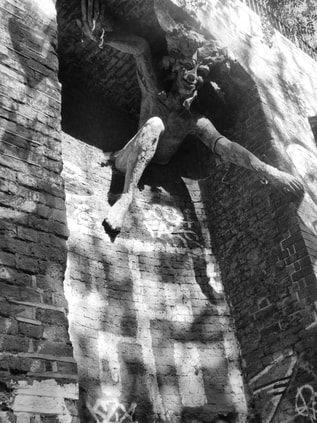 The Parkland Walk was officially opened in 1984 - fully a quarter-of-a-century before Manhattan's High Line - and has proved popular with cyclists, joggers and walkers (a section of it is part of the Capital Ring Walk) as well as with families out for a weekend stroll. And just to the east of the old station, there's a startling piece of public art: a Spriggan, no less, preparing to leap out from the recesses of the railway arches.

The Spriggan, of course, is a figure from Cornish folklore - and this one clearly missed the  last train home.